We recently arrived home from our 18 day trip to hubby’s homeland, Great Britain.  To be perfectly honest, we were ready to hop that plane and come home about a week before our scheduled flight, but in the end we were very glad we stayed and got to see and do all that we did.

This photo is of our guest house in Penzance, Cornwall (the house with the green sign).  It’s called the Dunedin and was a great place to stay!

Just for fun, here are a few general thoughts about life in England and Wales.  Obviously these observations are from this American’s viewpoint only.

Bathrooms:  Bathtubs are skinny!  They’re about 2/3 the width of our typical tub but significantly longer.  Showers are S.M.A.L.L.   Many have the “instant” hot water system that actually works quite well – only once did I end up having half my shower in cold water, and I’m pretty sure that was user error.  The toilets, well… I found that the majority (but not ALL) just didn’t flush very efficiently.  The ones that did flush well used massive amounts of water.  I was pleasantly surprised that  the toilet paper (called “loo roll” over there) was two-ply and soft.  The biggest inconvenience I experienced was the fact that there are virtually NO plug-in’s in any bathroom for your hair dryer.  I had to find an outlet somewhere else, and only twice was it close to a mirror.  So, HOW do English women blow dry their hair????????

The B&B’s were great for the most part.  We really enjoyed staying in most of them, but…. if you travel around Britain for a couple of weeks or so, and plan to stay in B&B’s, also plan to be served essentially the SAME breakfast at each and every one.  Now hubby loved the traditional “Full English Breakfast”, but me, I hate eating early in the morning anyway, so there is no way I could have choked down the beans, tomatoes, mushrooms, black pudding, sausage, bacon, and eggs every day.  I had toast, sometimes an egg, a few times some bacon with it, or cereal.  Some places offered fruit.  Some, like the place we stayed in York said on their “menu” that they offered fruit and yogurt – but we never saw any the two days we were there.  Guess I will admit that I REALLY missed a bagel.  Or a pancake.  Or a proper hashbrown.  Or an omelet.  Or a donut.  Or a muffin.

Also on the subject of food, there were some odd (to me and probably most Americans) foods listed on menus at both pubs and restaurants.  I just cannot imagine eating:  Roast Wood Pigeon; Gammon; Mackerel; Bream.  I’m not saying these things are bad, I’m just saying they sure seemed odd.     It’s the custom “over there” for the dinner hour to start much later than here.  There were more than a time or two when we entered a pub for an evening meal at 6:30pm and the place was deserted!

Beds:  I will fully admit that I am spoiled rotten when it comes to my bed.  We’ve had our king-sized bed now for three years and I LOVE IT!  I knew it would take some adjustment for us at bedtime.  Guess what?  I was SO wrong!  At the end of each day, we were so very tired that it truly didn’t matter that we fell into a regular double bed at night.  I slept soooo well, and again, it didn’t matter what size it was!!  The largest bed we snagged was a queen size and honestly, it felt huge. Most folks don’t use sheets and blankets on the bed, they use a duvet with a cover, and no top sheet at all.  That’s fine.  I just hope they clean the duvet covers between guests!  (I’m sure they do)

When entering a store, or taking your purchase to the checkout counter, you hear:  “HeyYa”, “Allright”, of “YouAllright”.  They don’t really want to know if you are okay.  It’s just a greeting I guess.

Unlike here in America, newspapers and magazines are alive and well in Britain.  There were “newsagents” everywhere.  I think it’s kind of sad that so many of our daily papers have gone by the wayside, or are going.

Cars:  I was surprised to see quite a few SUV’s in England.  I expected everyone to be driving sub compact cars.  The price of petrol is high however … about 1.08 pound per liter.  There are 3.8 liters to the gallon, so converting the pound to dollars and the liters to gallons, it is well over $4.00 a gallon in US dollars.  However  it seems like there is no crazy push to get car manufacturers to stretch the miles per gallon — they already have!  The car we drove got 47mpg!  That was an average between city and highway driving and it was NOT a hybrid!  To get mileage like that here, you have to have a hybrid.  This makes absolutely NO SENSE at all to me.   It makes me think is that car manufacturers  here in the USA (or even Canada) have some sort of “deal” with oil companies.  Otherwise, why the heck don’t we have cars that routinely get great gas mileage over here?  I think there is a lot of stuff we, the general public, don’t know.

Clothes:  They tell you not to wear white tennis shoes (“runners” over there) or you will be spotted instantly as a tourist.  Shoot, you pretty much see it all in the way of clothing… but the big fashion trend right now is leggings or very tight jeans/pants.  Now that may be all the rage here too, but I sure didn’t notice it like I did in London.  Heck, I remember not so long ago (back in the early 90’s) wearing leggings and then long sweaters or tunics.  Well, the leggings are back, but make them black, and wear boots – knee high boots, and make it all black.  Black, black, black.  You can’t go wrong if you go to London and wear black.  You’ll blend right in.

I think I’ve rambled on enough about my perception of life in England.  We had a fantastic visit, but like I always say, there is NO place like Home Sweet Home. 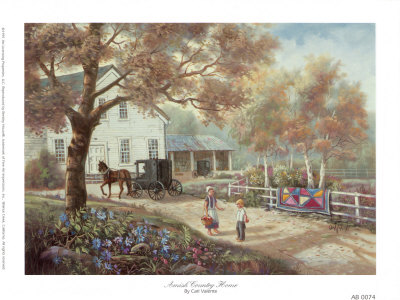 Didn’t I say that coming home was just as much fun (if not more) than going??? 🙂  Well, we had a wonderful trip to New York City, Nova Scotia, New Brunswick, Boston, and Martha’s Vineyard… and I will share some pictures and tales about the trip … next time.  I haven’t even downloaded the photos yet.  This time, I just want to revel in the beauty of being home.  Sometimes after you have been away for even a short period of time, you appreciate the little things about your life, your home.

Here’s a list of great things about being home:

Shoot, I could go on, but I think you get the drift.  One afternoon while hubby and I were strolling around NYC (which actually means dodging crazy honking taxi cabs and milling around with a million or so of our closest acquaintances in Manhattan) I looked up at him and said, “you know what sweetie…… There’s NO PLACE like home.”